Carlos Ghosn, a French-Brazilian businessman of Lebanese descent born in Brazil, has served as the chairman and CEO of French-based Renault, chairman, and CEO of Japan-based Nissan, and chairman of Mitsubishi Motors. After his radical restructuring of Renault that returned the company to profitability in the late 90s, Ghosn became known as Le Cost Killer. 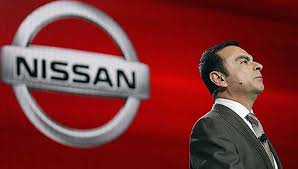 However, regardless of Ghosn’s successful career, Nissan Motor Co. will have to remove him as chairman after he was arrested in Tokyo for violation of financial laws.

The company declared that Ghosn used business money for personal reasons and that it had been investigating possible improper practices of him and representative director Greg Kelly for several Months. Also, both Ghosn and Kelly were reporting compensation to securities regulators in Tokyo that was less than the actual amount, to reduce Ghosn’s disclosed compensation, Nissan Said. Knowing that his compensation is well below average when compared to Europe or American CEOs in the industry, but above average for Japan (1). The carmaker said in a statement “numerous other significant acts of misconduct have been uncovered – such as personal use of the company’s assets – and Kelly’s deep involvement has also been confirmed”(2).

Why is it a bad time for Renault-Nissan to lose Carlos Ghosn?

Ghosn’s removal would deprive the manufacturer of a seasoned leader and follow a number of surprise shakeups in the sectors that have brought new CEOs to Volkswagen AG, VW Audi, Daimler AG, and Fiat Chrysler Automobiles NV. Ghosn saved Nissan from near collapse two decades ago. Also, he moved more quickly than competitors in making mass-market electric cars(3).

However, Nissan Chief Executive Officer Hiroto Saikawa said at a press conference: “the Alliance partnership will not be affected by this event,” mentioning that the boards of member companies will work more closely together.