Gather around fellow Lebanese, we come with great news for our public transportation (hopefully). This might be the gateway we need to get rid of the heavy traffic parading our streets, minimize the terrible words we scream because of the frustration, and a safer form of transportation that might make you ditch the car and save tons of money! 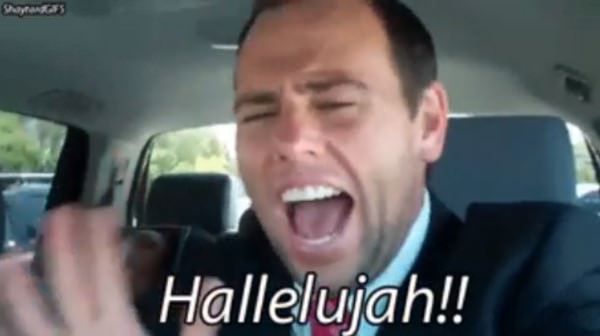 During a previous meeting with the Minister of Public Works and Transport, Youssef Fenianos, World Bank had proposed a major project that could possibly save our transportation system.

Given the name the Greater Beirut Public Transport Project (GBPTP), the World Bank is interested in putting up $295 Million dollars in bringing this project to life (previous figure was believed to be $600 Million).

The increase of efficient transport will bring a circulation of mobility between Jounieh and Beirut. Once the project has advanced more, it will cover the South and East of Lebanon as well! The plan is about deploying 120 large buses and 250 smaller ones called feeder buses.

We know you might consider this yet another project that will not see the light of day, but if you're interested in supporting new traffic solutions in the meantime, check out how Yalla Bus tries to simplify the already existing bus system with an app, or how Loop Scoot are offering scooter sharing services inside Beirut!

First of all, the unbearable traffic would minimize to some extent since many citizens would end up using this form of transportation as it could cut costs on gas if they opt to use it instead of their cars. The start of this project could even create up to 2 million jobs in construction and even open up some ongoing jobs in the system.

It's supposed to attract private investments in infrastructure and 300,000 passengers a day! Dedicated bus lanes will be created, and eco-friendly buses will be running back and forth!

If drivers decide to use the GBPTP instead of their own cars, accidents and pollution will decrease, and their own personal costs would go down. With a set system and bus routes specifically made for this project, a trip from Beirut to Jounieh would take around 40 minutes. (Say goodbye to that 1 hour and a half commute!)

Check it out: This group of Lebanese youth attempting to solve parking problems in Beirut!

IS THIS ACTUALLY HAPPENING?? WHEN??

So, the big question is, how long would this need to take effect? This may or may not be some bad news to us, but the project would need at least 3 years to be completed. Let’s hope we’re not out of the country before we get to see some incredible change to Lebanon.

Since they would need to construct new lanes and connections between the neighborhoods, this may take a while but it definitely is worth the wait!

We’re sure everyone is itching to see how this project is going to kick off and when exactly World Bank and the (new) Minister plan on starting the construction, but we have a good feeling about this. Keep your eyes out, once we hear more, you’ll be the first to know!

A new day is coming for Lebanon! In the meantime, you can run away from city traffic and go to one of those road trips suggested by your fellow Lebanese!

Stay safe out there