According to Karrenn's exclusive June 2019 car market survey and breakdown, sales were highest during the month of May 2019 in Lebanon since the beginning of the year, recording a total of 2,458 in number, out of which 40% are SUVs and 60% are cars. The ratio was almost 50-50 in April 2019, which reflects a rising interest in cars versus SUVs, probably due to the weak economic situation in the country as cars are more affordable in terms of price, fuel consumption, and maintenance when compared to SUVs.

The peak in car sales in May 2019 does not come as a surprise considering that car sales usually rise around summer time. January was the month that witnessed the lowest number of car sales this year. 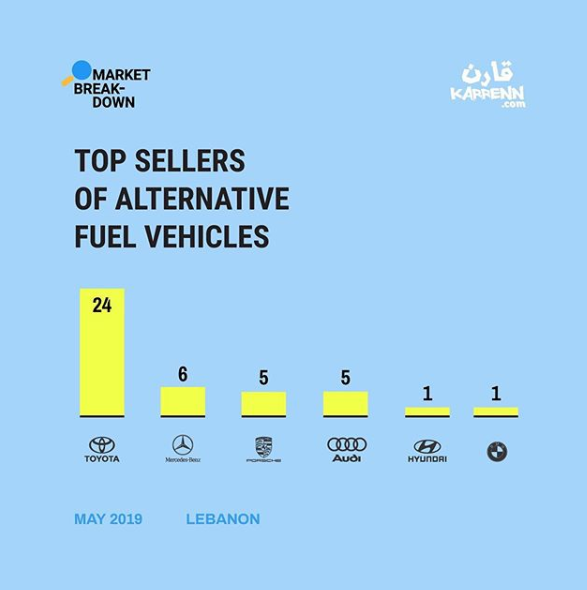 Alternative fuel vehicles include hybrid and electric cars. Mercedes was the top-selling luxury car brand in Lebanon during that month, followed by Audi, Range Rover, BMW, and Porsche. As for car rentals, Hyundai ranked first in May, while Kia and Nissan came in second and third place.