*WARNING: The author of this article is guilty of being a hard-core belieber*

As a Lebanese driver, have traffic ever got you wondering:

How many "I told yous" and "start-overs" and shoulders have you cried on before?

How many bags you packed, just to take them back?

Tell me that, how many "either-ors"?

But no more if you let me inside of your car, there'll be one less lonely driver.

Well, there's going to be one less lonely Lebanese driver because Carpolo came for you!

An estimated 500,000-600,000 vehicles enter and exit Beirut daily, adding to the large number of cars in the city.[1]  The majority of cars have one or two commuters at most, can you count the empty seats? 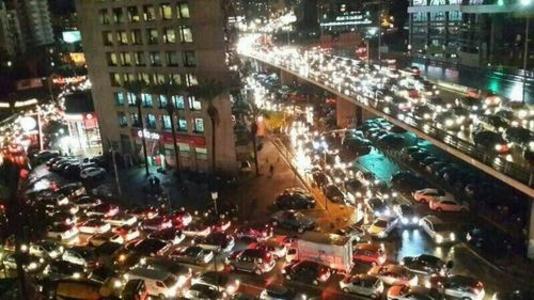 In the absence of public transportation, and till Greater Beirut Public Transport Project is implemented. Lebanese people have been coming with miscellaneous ideas to reduce the traffic jam such as Yallabus, Loopscoot, and now we’re adding Carpolo to the list. 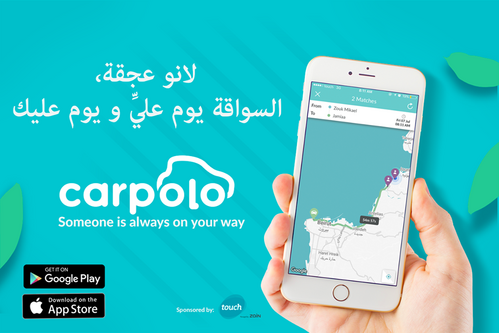 Carpolo is a community based mobile application with a gamified points reward system. It is a platform that acts as a search engine for unused car space by incentivizing drivers to list their empty car seats on the app.[2]

For more control, the app requires its users to sign up using their work emails only and matches with their colleagues and peers based on their real-time location.

We asked our community last week if they would choose to carpool instead of paying a fare for a cab, and here are some of the answers: 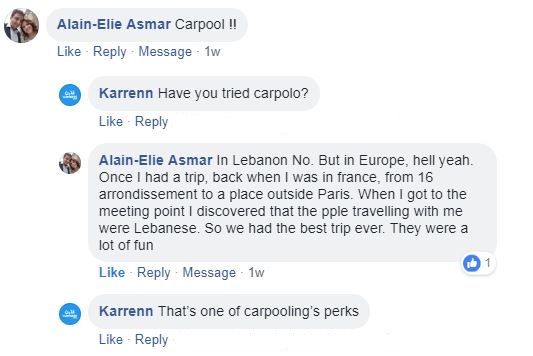 So, will you take action to reduce traffic by trying Carpolo?
PS: If you're wondering what hints I've been throwing, listen to "One Less Lonely Girl" song.